Over the years, Vodafone Ghana Music awards has limited the Ghanaian Gospel industry and sideline gospel music when it comes to nominations to mainly two categories: Gospel Song and Gospel Artiste most often, then the overall artiste of the year.

It’s quite surprising that for the first time in the history of Vodafone Ghana Music Awards the Gospel industry and its acts works have been recognized and have recorded their first highest nominations/categories. 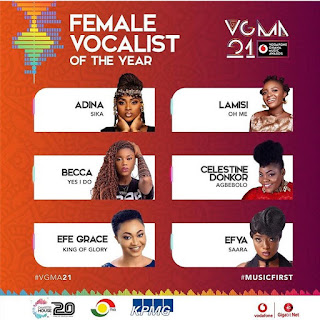 Perez Musik a talented contemporary gospel artist also for the first time nominated in the Record of the year category. 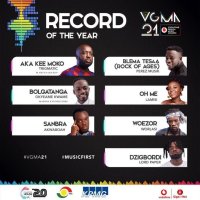 The African artists of the year which has mostly seen secular artists across African been nominated over the years saw a change this year as Mercy Chinwo one of Nigeria’s influential Gospel artists gets nominated this year. 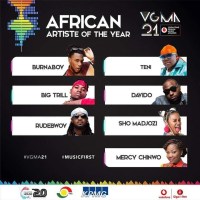 Unfortunately, it’s as if the VGMA board is yet to recognize Christian Hip Hop or Urban artist because they don’t receive much love “Nominations” in the major categories …to think that Lil Zig, KingzKid, Kobby Salm, Neqta, Edem Evangelist, Bra Kobby and other dope Faith based Rap artists where all snubbed in the nominations, Faith vs. secular aside, the talents of this artist couldn’t be more different.

One may say the genre remains far behind its secular counterpart in overall popularity, I don’t see a distinction in terms of what this guys are doing artistically. They are as much Rappers and Afrobeats artiste just as Sarkodie and others but their faith in Christ is stronger and  evident in their music. Rap has always been a freedom of speech.

I can only hope for a day when a Christian rap artist will also be nominated for Rapper of the year category. I also think the selection of the songs and categories should be more open because a Gospel song can fit into any category.

Unfortunately no Gospel artist was nominated for Best collaboration even tho Celestine Donkor and Nhyiraba Gideon deserved a nomination for their hit song Agbebolo.

These categories cut across so anyone can win. If Joe Mettle was able to win Artiste of the Year, any other Gospel artiste can also win with hard work.
Congratulations to all the artists nominated this year.

NOBLE NKETSIAH IS BACK!! Celebrates 20yrs In Music With New Album.