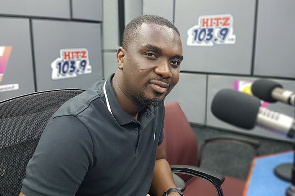 Responding to a question posed by a fan during a radio interview with NY DJ on Y102.5FM, the musician who is currently on a media run promoting his new single Mehia Wo Yesu revealed it was time for him to move on.

“I didn’t just move from Soul Winners. I think I had not been with the group for a while before I decided to move on. I think it was time for me to move on and that’s what I did”

Breaking the jinx and making history as the first ever Ghanaian Gospel artist to win the enviable Artist of the Year title at the Vodafone Ghana Music Awards, Joe Mettle beat stiff competition from Ebony, Shatta Wale, Sarkodie and Stonebwoy in 2018.

Unlike it has been witnessed over the years with careers of artist of the year winners at the VGMA, Joe Mettle asserts his career rather soared and has had the biggest hits after the awards.