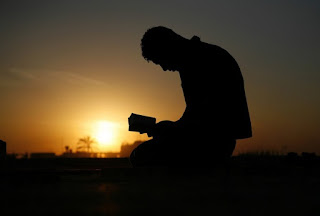 A “Prince of ISIS” has done what many would consider unthinkable, making a commitment to turn away from his horrifying past to unite with a new way of life through Jesus Christ.

The former ISIS leader, whose identity has been disguised for his safety, is being called Mohammad. The miraculous circumstances that led to his transformation were reported by Dr. Michael Youssef’s Leading The Way ministry.
Since the launch of its Christian satellite TV station, THE KINGDOM SAT, Leading The Way is working to touch “some of the most unreachable lives in the Arabic world,” including people like this notorious ‘Prince of ISIS’.

After repenting, Mohammad experienced a peace he had never felt before.
“I saw a love that didn’t exist in Islam,” he said.
Because of his regular meetings with Peter, this so-called ‘Prince of ISIS’ accepted Jesus Christ into his life and began his journey as a Christian.
“The true book, in my opinion, is the Bible,” declared Mohammad. “I found the truth in Jesus Christ. And because I have surrendered my life to the Lord, I am certain He will never forsake me.”
Read more:http://www1.cbn.com/cbnnews/cwn/2019/march/former-prince-of-isis-turns-to-christ-after-a-god-dream-i-saw-a-love-that-didnt-exist-in-islam
Share
Facebook Twitter LinkedIn Tumblr Pinterest Reddit VKontakte Odnoklassniki Pocket Share via Email Print

Scott Evans Set To Release His Much Anticipated EP