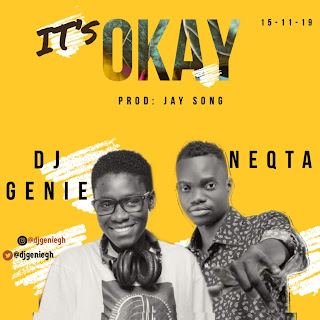 Ghanaian Female Gospel DJ, Genie has gradually won the hearts of many people with her dexterity on the turntables.

Dj Genie is trusted by the most elite event planners, top venues and celebrity clients to set the soundtrack for their most sacred christian events and shows in Ghana.She has worked on numerous Christian projects,

DJ Genie is currently the official DJ of the Urban Gospel Show on Top 103.1 FM between 6-7:30am every Sunday, She was received 2 nominations in different award schemes.
She first entered the Entertainment industry as a secular dj for numerous recording artists and has performed on different concerts and shows.
She had a touching encounter with God which left her yearning to make impacts and to win souls for God.

With such a strong passion for music, Genie quickly realized that DJing would allow her to express this passion to the masses and bring people closer to God.
Having studied Performing Arts in the University, she decided that her in-depth musical knowledge, would be unrestricted by genres or era.

Her song choices during shows / events / concerts and her own mixtapes have gained her praise and respect from both guests and industry professionals.

She knows exactly what messages gospel music carries to people and delivers it with an exciting and interactive performance. She treats each show, concert or event as a unique experience to work for God.

After releasing a collaboration mixtape with DJ Penny, the biggest female gospel dj from Nigeria, To add up to her skill set,She drops her first ever song which features Ghana’s finest urban gospel artist Neqta Music. The soundtrack titled, “It’s Okay” basically talks about relaxing and basking in God’s grace as Christians even when we are faced with all kinds of trials, tribulations and obstacles.
She seeks to give the downtrodden and brokenhearted people hope and assurance that God will never fail them.